Trump's pick for labour secretary pulls out ahead of confirmation hearing 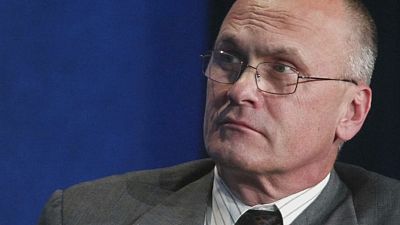 President Donald Trump’s nominee for labour secretary Andrew Puzder, has withdrawn from consideration on the eve of his confirmation hearing.

The fast food billionaire lost support of several Republicans after he admitted employing an illegal immigrant as a former housekeeper.

He has also been faced with a flurry of complaints and legal cases by workers at his burger chain accusing him of wage theft and sexual harassment.

We need a Labor Secretary who will stand up for workers, raising the minimum wage & pay equity for women. Mr. Puzder was not that candidate.

Puzder’s decision to withdraw is yet another setback for the White House still grappling with the fallout from the resignation of national security adviser Michael Flynn.

“There needs to be an independent and transparent investigation because the White House knew for weeks that General Flynn misled the vice president and that his discussion about sanctions with the Russian government could potentially compromise our national security because he was subject to blackmail.”

Flynn quit amid revelations that he had discussed US sanctions on Russia with the Russian ambassador to Washington before Trump took office, in a potentially illegal action. He had later misled Vice President Mike Pence about the conversations.