<p>The Nigerian government reported over the weekend that its whistleblower policy announced last December has began yielding fruits.</p> <p>A statement from the Ministry of Information and Culture disclosed that so far looted funds amounting to $151m and 8bn naira ($25.4m) had been recovered. </p> <p>The biggest amount recovered was $136,676,600.51 from an account in a commercial bank, where the money was kept under an apparently fake account name, the statement said. </p> <p>It added that other bumper recoveries were 7 billion Naira and $15 million from another person and 1 billion Naira from yet another. The current recovery figure does not take into account about <a href="http://www.africanews.com/2017/02/10/98m-cash-found-in-facility-belonging-to-ex-nigeria-oil-company-boss/" target="_blank">$9.8m seizure by the country’s anti-graft outfit last week in northern State of Kaduna.</a></p> <p>“When we told Nigerians that there was a primitive and mindless looting of the national treasury under the last administration, some people called us liars. Well, the whistle-blower policy is barely two months old and Nigerians have started feeling its impact, seeing how a few people squirrelled away public funds. </p> <p>‘‘It is doubtful if any economy in the world will not feel the impact of such mind-boggling looting of the treasury as was experienced in Nigeria,’‘ the Information and Culture Minister Lai Mohammed said. </p> <p>The Minister urged citizens to continue providing information assuring that confidentiality will be maintained in with regards the source of information. </p> <p>According to terms of the policy, if there is a voluntary return of stolen funds or assets on the account of information provided, the whistleblower may be entitled to between 2.5% and 5% of the amount recovered.</p> <p>Muhammadu Buhari was voted into power on the back of the All Progressives Congress (<span class="caps">APC</span>) in 2015. He campaigned on the fight against corruption, security especially the fight against Boko Haram and reviving the economy in the face of the oil price slump.</p> <p>Since his coming into office, several top officials of the erstwhile government have been arrested and hurled before the courts. The opposition Peoples Democratic Party (<span class="caps">PDP</span>) claim the cases are mere witch-hunting, accusations the government denies.</p>

he whistle-blower policy is barely two months old and Nigerians have started feeling its impact, seeing how a few people squirrelled away public funds. 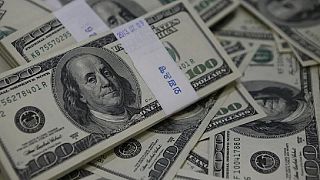 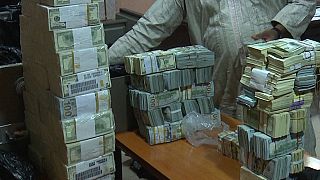 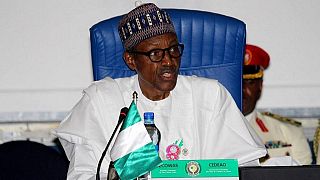