<p><strong>South Africans on Friday expressed mixed reactions on President Jacob Zuma’s 10th state-of-the-nation speech.</strong></p> <p>A brawl broke out in parliament between members of the far-left Economic Freedom Fighters (<span class="caps">EFF</span>) and security officers inside the chambers, during Zuma’s speech.</p> <p>Some residents said they were not surprised by the incident.</p> <p>“I was angry, I was disappointed and I did not expect something like that, in the democracy that we are claiming to be having currently,” said a resident, Richard Baloyi.</p> <p>“I’m quite unhappy for everything, what happened in Parliament, it was quite disrespectful. And I don’t have many things to say but, I’m happy for Zuma too, man,” said another resident, Shane Dawson.</p> <p>However, a Newspaper seller, Mareldia Graaf said he likes Jacob Zuma because he has a mindset.</p> <p>“But he mustn’t make promises he don’t, he can’t keep. And the people behind him must stand up with him because why? He needs everybody’s bits and pieces in the future, for all of us.”</p> <p>The drama started when an <span class="caps">EFF</span> members repeatedly interrupted Zuma’s state-of-the-nation speech, raising points of order and saying he was not fit to hold office.</p> <p>An anti-corruption watchdog called for a judicial inquiry in November into alleged influence-peddling in his government.</p>

I was angry, I was disappointed and I did not expect something like that, in the democracy that we are claiming to be having currently. 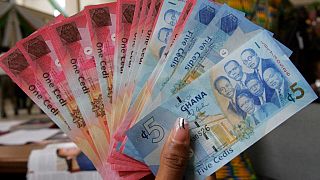