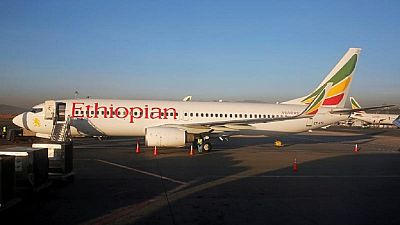 <p>Ethiopian Airlines is performing well financially despite recent travel ban complications by the US President, Donald Trump.</p> <p>The state-owned operator’s chief executive, Tewolde Gebremariam, said on Tuesday that Trump’s executive order – which has been suspended by a federal judge – was creating confusion for some of its passengers but was not having much impact overall on its operations.</p> <p>The order of January 27 temporarily halted immigration from seven Muslim-majority states out of which three were in Africa; Ethiopia’s neighbours Somalia, Sudan and restive north African nation of Libya.</p> <p>The <span class="caps">CEO</span> also told Reuters the airline’s revenues were up 10.3 percent at 54.5 billion birr ($2.43 billion) in the 2015/16 fiscal year, while passenger numbers rose 18 percent to 7.6 million.</p> <p>The national flag carrier was in 2016 adjudged Africa’s best airline for a fifth successive year by the African Airlines Association (<span class="caps">AFRAA</span>).</p> <blockquote class="twitter-tweet" data-lang="en"><p lang="en" dir="ltr"><a href="https://twitter.com/hashtag/Ethiopia?src=hash">#Ethiopia</a>/‘s flag carrier adjudged <a href="https://twitter.com/hashtag/Africa?src=hash">#Africa</a>‘s best airline for fifth straight year <a href="https://t.co/e5FapVWBui">https://t.co/e5FapVWBui</a> <a href="https://twitter.com/flyethiopian"><code>flyethiopian</a></p>— Addis Standard (</code>addisstandard) <a href="https://twitter.com/addisstandard/status/802123337036021760">November 25, 2016</a></blockquote> <script async src="//platform.twitter.com/widgets.js" charset="utf-8"></script> <p>Ethiopian is the largest Airline Group on the continent and has been applauded for its outstanding financial performance, technological leadership and investment in modern fuel efficient fleet, exemplary cooperation with other African carriers.</p> <p>It is also the fastest growing Airline in Africa. In its seven decades of operation, Ethiopian has become one of the continent’s leading carriers in terms of efficiency and operational success. </p> <p>They command the lion’s share of the pan-African passenger and cargo network operating the youngest and most modern fleet to 95 international destinations across five continents.</p>