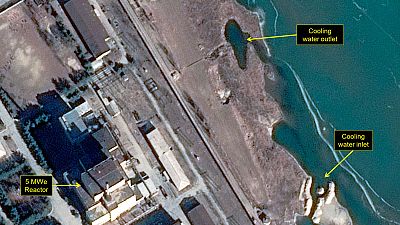 <p>Fresh satellite imagery suggests North Korea has restarted a reactor at its main Yongbyon nuclear site. </p> <p>The Washington based 38 North Project, said its analysis showed a water plume emerging from the cooling water outlet at the plutonium producing plant, indicating that it was ‘‘very likely operating’‘.</p> <p>The US think-tank said it was impossible to estimate at what power level the reactor was running, although it warned it may be considerable. </p> <p>North Korea has maintained its nuclear and missile programme in the face of repeated rounds of international sanctions. </p> <p>Leader Kim Jong-un also recently said the country was close to test launching an intercontinental ballistic missile. </p> <p>Last year, North Korea carried out two nuclear tests.</p>