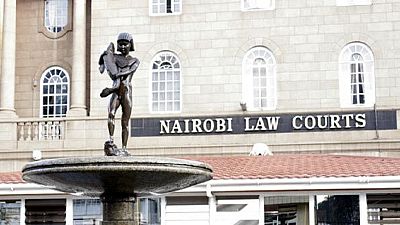 A Kenyan court has stopped the deportation of two South Sudanese opposition figures who are refugees in the East African country.

A High Court in Nairobi presided by Judge Luka Kimaru ruled in the favour of Dong Samuel Luak and Aggrey Idri and ordered investigators to submit their report on Tuesday.

The families of the two detainees appealed to the court seeking their release.

He fled to Kenya in August 2013 after he was threatened with death for defending a former ruling party official accused of treason by the South Sudanese government.

Luak and the other opposition figure, Aggrey Idri were arrested earlier this week in Nairobi.

Human Rights Watch called on the Kenyan government to release Dong Samuel who risks arrest and torture if returned to South Sudan.

“Dong Samuel Luak has been a vocal advocate for human rights in South Sudan for many years, and could face serious mistreatment if returned to South Sudan,” the deputy Africa director at Human Rights Watch, Leslie Lefkow said in a statement on Tuesday.