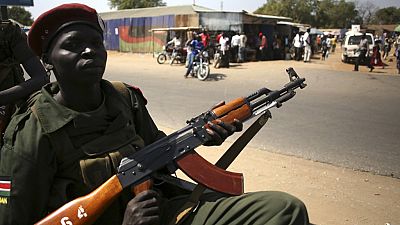 South Sudan army spokesperson Colonel Santo Dominic confirmed the clashes on the west bank to Africanews but says the government forces are fighting in self defense.

He accused the rebels for the attacks adding that his forces have killed ten rebel soldiers and captured several ammunitions.

Dominic further called on the rebel forces to refrain from fighting and give the president’s national dialogue a chance to cease all grievances.

“South Sudan is on the verge of national dialogue, so we want to re-negotiate with the opposition forces rather than return to fighting,” Dominic told the Africanews correspondent in the region.

The government and opposition forces have both traded accusations.

The military spokesman for the SPLA-IO Colonel William Gatjiath Deng said in a statement that the government forces shelled their areas in Owach on the west bank of the Nile, prompting their forces to fight back.

“Those areas are controlled by the government, but they went out and shelled our areas since the last two days, and today they shelled our forces in the morning, we are not far from their area,” he added.

According to other sources, the ongoing clashes between the two sides erupted in Lelo, Warjuok and Detang areas since Thursday.

Meanwhile, citizens inside the UN base in the town of Malakal said they heard gunshots and found bullets at the airport.

According to the army spokesperson, the number of casualties are unknown as the fighting is ongoing at Lelo.

The fighting has spread to military bases in neighbouring town of Doleib Hill, Obel and Tukernyang.