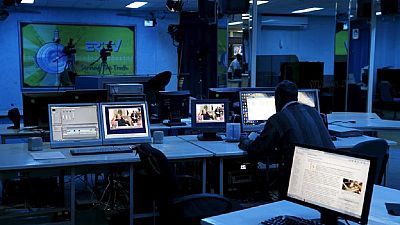 Three media channels allied with leading Beninese opposition member, Sebastien Ajavon, have been given the go-ahead by authorities to commence transmission today (January 27).

E-TV, Eden TV, and Radio Soleil were suspended between November and early December last year by the High Authority for Audiovisual and Communication of Benin (HAAC).

The radio station belongs to Ajavon, a wealthy businessman and losing candidate for the March 2016 presidential election.

A statement by the media regulator on Thursday read in part, “The precautionary measure against Radio Soleil FM (…) is lifted and the radio is authorized to resume its activities,” adding that the same position had been extended to E-TV and Eden TV.

At the call of the Union of Media Professionals of Benin (UPMB), journalists demonstrated on 13 and 18 January in front of the HAAC headquarters to demand the unconditional reopening of these seven media.

At the beginning of December, the NGO Reporters Without Boarders (RSF) condemned the suspension handed to opposition friendly media stating that they feared an “authoritarian” drift by the Patrice Talon government.

Radio Soleil and Sikka TV also belong to Mr. Ajavon. Eden TV is owned by Mr. Ajavon’s former campaign manager, who became a parliamentarian. As for the E-TV channel, it is said to be close to former president Boni Yayi, according to RSF.

Mr. Ajavon was arrested on October 28 last year in connection with seized drugs in a consignment believed to be his. The gendarmerie told the press that it had “found in the container about 18 kg of pure cocaine valued at about 9 billion CFA francs.”

Ajavon said he was the victim of a conspiracy. He was released after a week of custody for “insufficient evidence” and “for the benefit of the doubt”.