Kenya to get $418 million military equipment from the United States 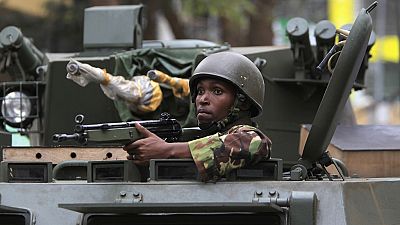 <h3>The U.S. Department of State has approved a $418 million contract for military aircrafts and weapons to be delivered to Kenya to aid in the fight against al Shabaab.</h3> <p>Among the packages are twelve Air Tractor AT- 802L converted cropdusters, two AT-504 trainer aircraft and some weapons, the U.S. Defense Security Cooperation Agency announced on Monday.</p> <p>“The platform maximizes the Kenyan Defense Force’s close air support ability because it is a short-field aircraft capable of using precision munitions and cost effective logistics and maintenance,” the agency added.</p> <p>The sale of the military equipment is pending final approval by the U.S. Congress.</p> <p>The arms deal approved by the State Department covers the UK, Kuwait, Saudi Arabia, Kuwait and Kenya at a cost of $1.8 billion dollars in total.</p> <p>Kenyan security forces are involved in the fight against Somali Islamist group al Shabaab which has extended its target across the border into Kenya.</p> <p>Many Kenyans have died in the fight against the insurgents in Somalia.</p>