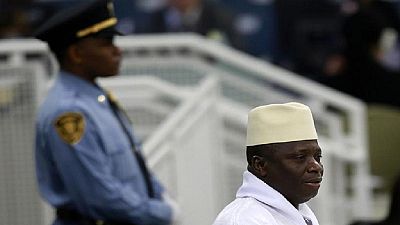 Reports from Gambia indicate that a number of foreign journalists have been expelled with about two days to the expiration of the mandate of incumbent Yahya Jammeh.

Adama Barrow, the opposition coalition candidate who was declared winner in the December 1 polls is expected to be sworn in as the new President on January 19. Despite uncertainty around the event, Barrow who is in neighboring Senegal is expected to be flown in to be inaugurated.

Yahya Jammeh who came to power over two decades ago, lost the last presidential polls, he initially accepted the results before backing down on his decision. His party filed two cases in court but both could not be heard due to the lack of judges.

The first case was a poll petition asking for the Supreme Court to annul the election results and order for a rerun of polls, the second one was for an injunction to stop the swearing in ceremony of Adama Barrow.

The regional political bloc, the Economic Community of West African States (ECOWAS) has failed to mediate in the post election crisis largely due to the rigid stands taken by Jammeh. ECOWAS and the African Union (AU) have said they will not recognize Jammeh as a legitimate president.

ECOWAS has hinted that they would consider a military option if need be to establish the will of the Gambian people as expressed in the elections.