Egypt boosts overseas bond sale, plan as much as $11 billion 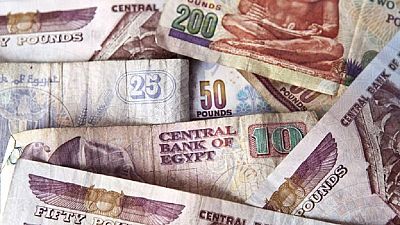 Egypt may issue international bonds worth as much as $11 billion within a year, the amount almost double the previous target, as the government seeks to reduce its cost of funding and narrow the budget deficit.

Finance Minister Amr El-Garhy on Sunday in Cairo said the government will start by issuing $2 billion to $2.5 billion -denominated bonds, A marketing roadshow will run begining on January 17, state media reported. El-Garhy told Bloomberg in November he was eyeing $6 billion of sales in 2017.

Egypt has been paying yields of about 20 percent on domestic T-bonds and T-bills since the central bank raised interest rates on November 3. In addition to dollars, the government may also issue yen- and yuan-denominated bonds as it seeks to reduce costs, the finance ministry said last month.

Egypt almost doubles a planned overseas bond sale to as much as $11 billion https://t.co/uwT1hZPnTg pic.twitter.com/j0mu1ZgmZW

The government also lifted the budget deficit target for the fiscal year that began on July 1 to 10.2 percent of gross domestic product, from the previously announced 9.8 percent, El-Garhy said. It was 12.2 percent last year. The ratio dropped to 5.1 percent in the first half from 6.2 percent in the same period a year ago.

The investor-entrepreneur relationship in the North African country has been something of a roller coaster, but some say they are finally starting to iron out the bumps after a long learning process.

A15 investment director Tamer Azer believes the relationship between investors and entrepreneurs in Egypt has suffered in the past few years.