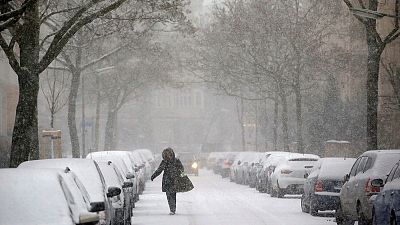 Winter’s icy grip is taking a hold on Europe with heavy rains, strong winds and snow.

Britain braced for Storm Egon ahead of the weekend, with evacuations from its eastern coastal towns over fears of a storm surge.

Around 100 flood alerts were issued, 11 of them severe. Dozens of flights were cancelled at London’s Heathrow airport.

However, the UK was largely spared from the predicted snowmaggedon.

Some took to Twitter to express their disappointment over the weather.

UK is reeling under #Snowmaggedon (i.e. More than an inch of snow).

#snowmaggedon It's even on the roofs of a few cars on the Brighton seafront. We're all doomed pic.twitter.com/kJYu9wmPIr

Across the Channel, violent storms left 330,000 homes in France without power overnight on Friday.

More than 100 passengers on a Thalys from Brussels to Paris were stuck for ten hours after their train lost power.

Belgium’s Civil Protection agency received a request from the government and firemen of Belgium’s western region, West Flanders, to build protective barriers to protect several municipalities that could be threatened by major floods on Thursday.

While Northern Europe is used to subzero temperatures, the polar conditions surprised residents of Dubrovnik in Croatia, with the Old Town blanketed in snow for the first time in eight years.

While some locals reveled in the arctic scenes, the cold means misery for thousands of refugees in Greece and Serbia.

Picture postcard images of Venice in the snow stand in stark contrast to recent scenes of migrants grappling with temperatures below zero in makeshift camps. The UN’s refugee agency is calling on government’s to do more, after it was reported five people had already died from the harsh conditions. 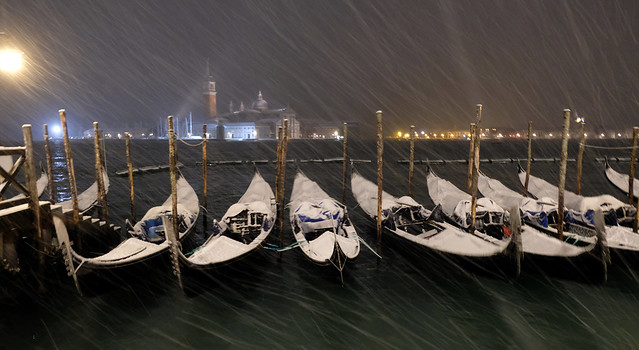 We are deeply worried at the situation of refugees and migrants faced with harsh winter conditions across #Europe https://t.co/wYEeUB91bw pic.twitter.com/XCJg7eDTIH