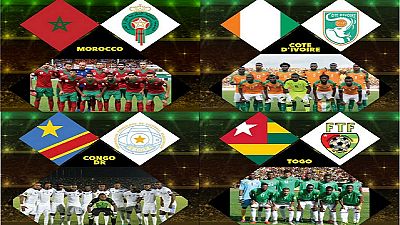 The Africa Cup of Nations 2017 promises to be very interesting as Gabon hosts sixteen teams clashing in 32 matches to determine the best of the best in the continent.

Group C is one of the toughest in the competition with Morocco, Ivory Coast, the Democratic Republic of Congo and Togo clashing at the Stade Oyem in northern Gabon on January 16, 20 and 24 respectively during the group stages.

The final group match between Togo and DR Congo will be played at Stade Port Gentil in the second-largest city of Gabon.

The Atlas Lions of Morocco have appeared 15 times at the continental competition since 1972.

The North Africans won the competition in 1976 hosted by Ethiopia. They are ranked 57 in the world by FIFA.

They are managed by coach Herve Renard who once coached Zambia, Ivory Coast and Angola.

The captain of the team is Juventus defender Mehdi Benatia. The player to look out for is 23-year-old Sofinae Boufal who has made six appearances since joining the club in August last year scoring one goal. 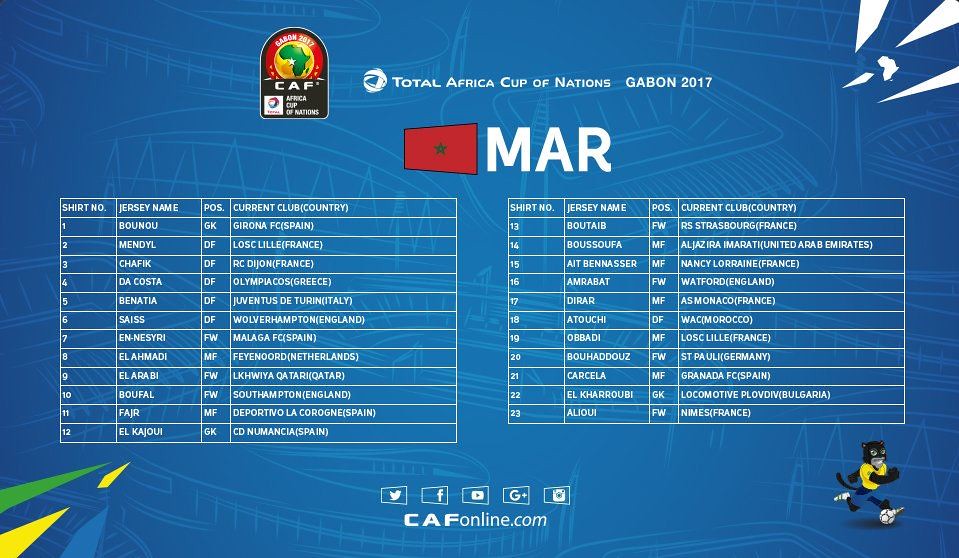 The Elephants of Ivory Coast have appeared 21 times at the competition since 1965. The West African team won the trophy twice in 1992 and 2015.

The Ivorians are ranked 34 in the world by FIFA.

They are managed by Michel Dussuyer and their captain is FC Basel Midfielder Serey Die who replaces injured Gervinho.

The player to look out for is Paris Saint-Germain Defender Serge Aurier. 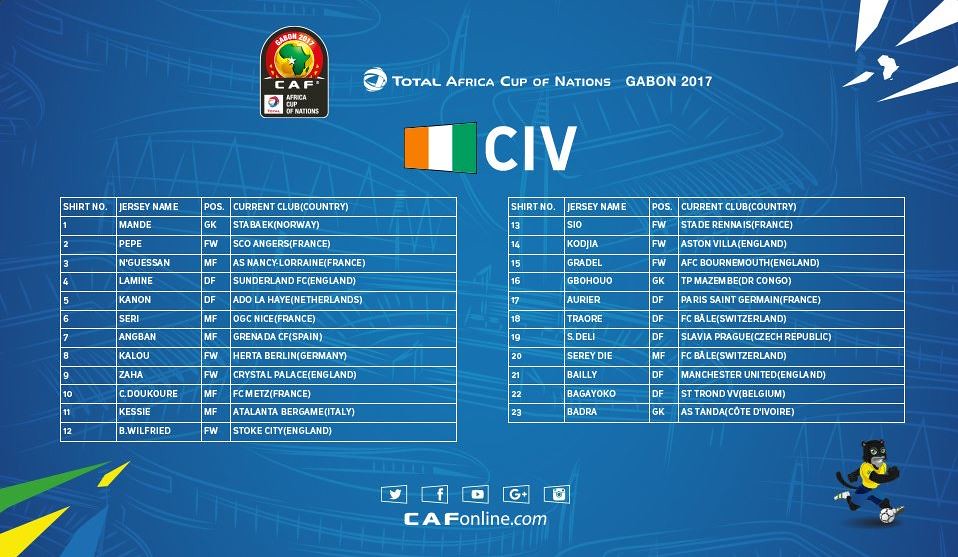 The Leopards of the Democratic Republic of Congo have participated in the Africa Cup of Nations 17 times. They won twice in 1968 and 1974.

The Central African team is ranked 48 in the world by FIFA and managed by 55-year-old Jean Florent Ikwange Ibenge.

The captain of the team is Youssouf Mulumbu and the player to look out for is Hull City Striker Dieumerci Mbokani. 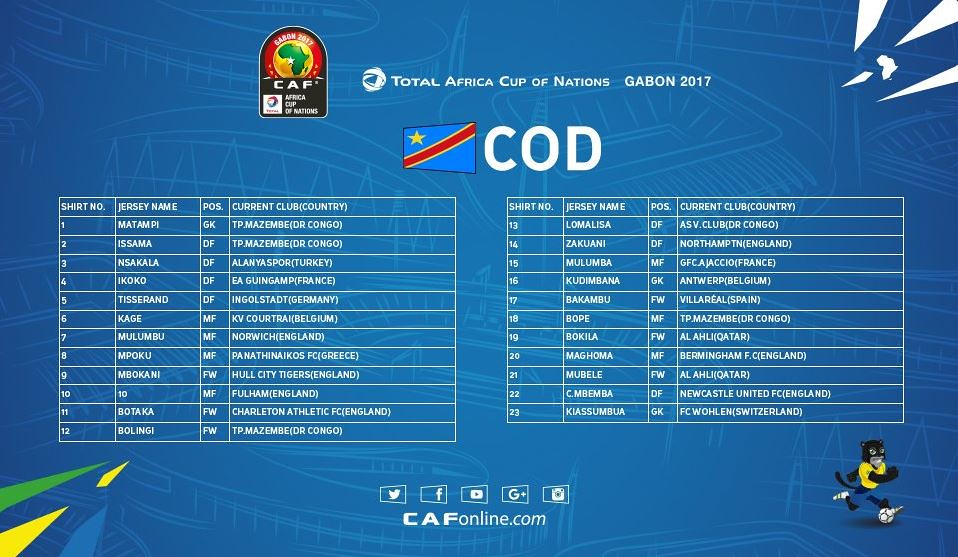 The Sparrow Hawks of Togo have not won any Africa Cup of Nations competition and have only participated seven times.

Their best performance in the competition was in 2013 when they reached the Quarter-finals.

The West African team is managed by Claude Le Roy and led by captain Emmanuel Adebayor who is currently without a club.

The player to look out for in the team is Fulham midfielder Floyd Ayite. 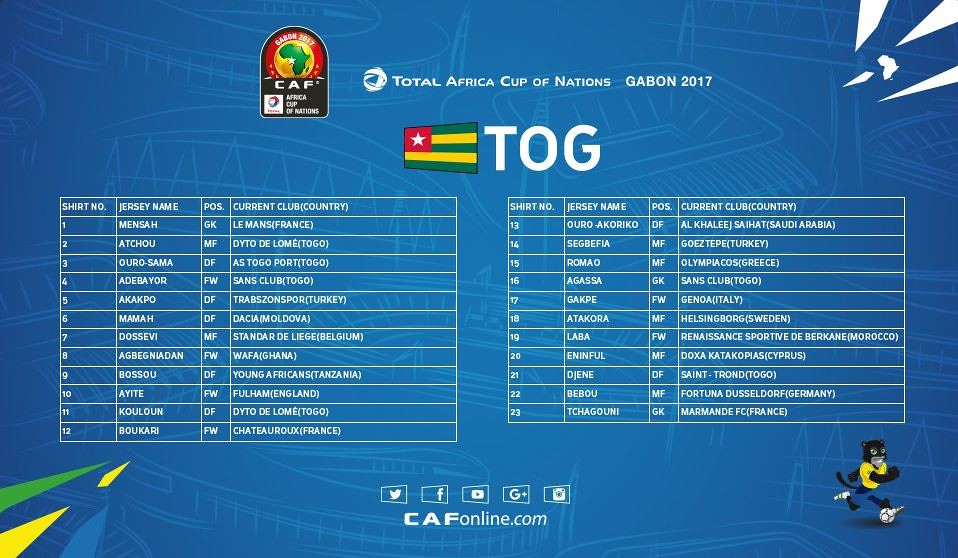