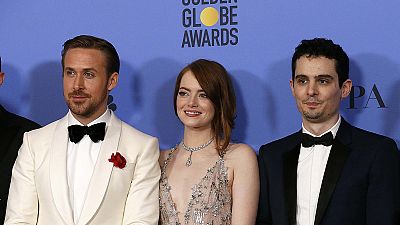 
“La La Land” has danced off with seven Golden Globes in a night marked by upsets and a stinging indictment of US President-elect Donald Trump.

The romantic musical about a struggling actress and a jazz pianist trying to make it in Hollywood took home Globes for best comedy/musical.

Stars Ryan Gosling and Emma Stone were also rewarded as was director Damien Chazelle for his screenplay, score and original song.

Round of applause for Emma Stone, RyanGosling and Damien Chazelle, who all won at the #GoldenGlobes this evening! pic.twitter.com/TvZj2yP3Og

The evening’s most dramatic moment came from 67-year-old Meryl Streep.

Although the three-time Oscar winner never mentioned Trump’s name, she said the most heartbreaking moment of the year came “when the person asking to sit in the most respected seat in our country imitated a disabled reporter.”

“I still can’t get it out of my head because it was not in a movie,” Streep said.

Meryl Streep was honored at the #GoldenGlobes and she took her moment in the spotlight to talk about Donald Trump https://t.co/W1S1ZKRjyK pic.twitter.com/852LcmbgmV


Trump tells nytimes he's "not surprised" to be the subject of anger and butt of jokes by "liberal movie people" https://t.co/85ddEmNmjR pic.twitter.com/CNUJIFKEFq

Politics aside, the night belonged to “La La Land”, whose seven wins set a new record for the most Golden Globes by a single movie.

The other big movie award went to low-budget “Moonlight”, about a young boy growing up in an impoverished neighbourhood of Miami.

“The movie touches people because they see the authenticity that we put into it. We weren’t trying to do anything other than tell our story,” said director Barry Jenkins.

Casey Affleck won best drama actor for his role as a man tormented by grief in “Manchester by the Sea”.

Viola Davis won best supporting actress for playing a downtrodden wife in the African-American drama “Fences”, the film version of the award-winning play by August Wilson.

“It’s not everyday Hollywood thinks of translating a play to screen. It does not scream moneymaker, but it screams art, it screams heart,” Davis said.

“This is incredible,” Glover said, “we didn’t think anyone was gonna like this show so we really appreciate it.”

The Globes also lived up to their reputation for upsets.

Natalie Portman had been tipped to win for her portrayal of the iconic US first lady in “Jackie”.

A “heads-up” for the Oscars

The Globe wins, handed out by the Hollywood Foreign Press Association, has strengthened the front-runner status of “La La Land” and “Moonlight” for the Oscars in February.

Read a full list of all the winners here 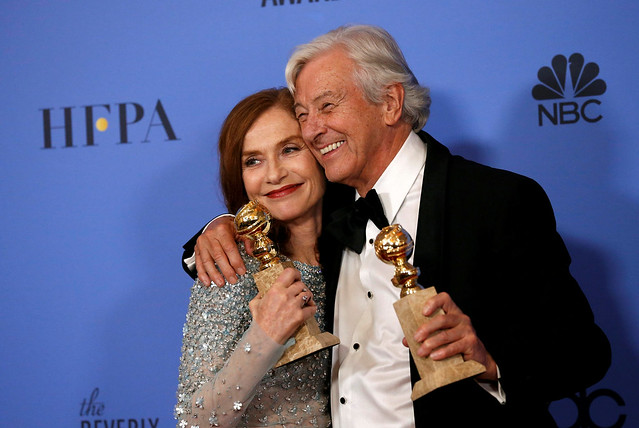 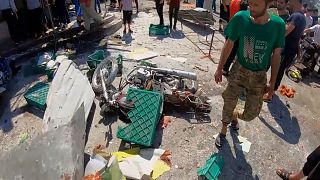