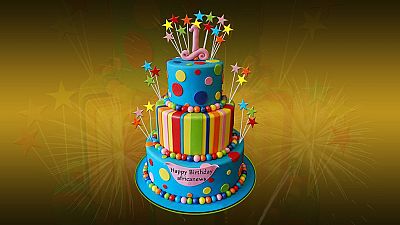 The ‘Africanews’ project officially set sail on media waters exactly a year ago today. On January 4, 2016; the idea of the continent’s first pan-African news channel was formally launched – specifically, our online proposition.

Africanews’ websites – English and French – with the aim of projecting the Voice of Africa, began serving news from a purely African perspective. From Pointe Noire in the Republic of Congo, work began in earnest.

Africanews.com/ fr.africanews.com offers diversity in information including News, Business, Sport, Culture, Science and Technology stories in both languages with a fully responsive interface for mobile, tablet and desktop computers.

There is also the No Comment section which gives a vivid and objective video account of major events on the continent for the readers’ judgement. Other strong features include our programmes page where readers can watch productions such as ‘The Morning Call,’ ‘Business Africa’ and ‘Football Planet.’ There is the weather button, there is a LIVE TV section and also a active search button.

Our online proposition came with a social media presence – Twitter and Facebook – which continues to serve as the interface between the team and our audience. Africanews has a team of over 80 media professionals from 15 different nationalities dotted across the continent.

Since last January, we have already won two awards.

The first was the ‘‘2016 New Media Award’‘ at the 18th edition of the Grand Prix Media awards run by the French magazine, CB News.

The second accolade was for ‘‘Best New Channel Launch Award’‘ at Digital TV’s Content Innovation Awards 2016 held in Cannes, France. This award was in recognition of our strides in news delivery since launch.

Africanews television which broadcasts in over 35 countries in sub-Saharan Africa will celebrate its first anniversary on April 20, 2017.

These findings were derived from the Africascope survey, conducted by Kantar TNS which has been measuring the audiences of national and international television channels and radio stations since 2008.