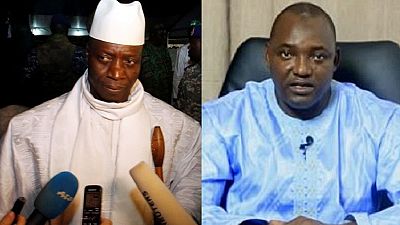 A radio station deemed to be critical of the Jammeh administration has been shut down by the Gambian National Intelligence Agency (NIA) on Sunday.

A member of staff of privately owned Taranga FM confirmed to AFP news agency that they were asked to stop transmission on Sunday by NIA officials. A security official also confirmed the order of closure.

“Four NIA agents and a uniformed policeman came to the radio this afternoon (Sunday) around 2:30 pm (local and GMT) and told us to stop broadcasting,” the Teranga FM staff told AFP on condition of anonymity.

They told us that they had been instructed by NIA Director General Yankuba Badjie to tell us to stop transmitting with immediate effect.

“They told us that they had been instructed by NIA Director General Yankuba Badjie to tell us to stop transmitting with immediate effect,” the source added.

A security source on her part said, “We only asked them to stop broadcasting, they cooperated with us” and did it “in the afternoon,” she said, declining any further comments.

The authorities however have yet to give reasons why they ordered the closure of Taranga FM. Local media sources say the station is also seen as the official mouth piece of the president-elect, Adama Barrow’s camp. Local media sources are also reporting that another station, Hill Top FM, has also been closed.

Taranga FM is a popular radio station in The Gambia because of its daily translation into national languages ​​of the news published by the Gambian newspapers.

Since its inception, it has been closed several times and has often been reopened conditionally as in 2011, when it was allowed to resume its activities but prohibited from addressing the subjects raised by the private press. Its journalists were also sometimes summoned to the NIA, arrested or tried.