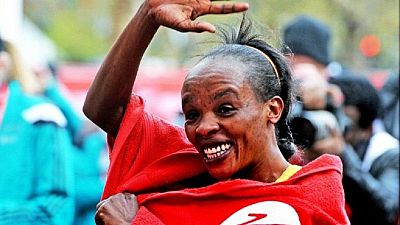 Kenya’s Jemima Sumgong won another title in Brazil this year, setting a record for the St. Silvester road race following her gold in the marathon at the Rio Olympics.

The men’s race was tighter, with three runners finishing within seven seconds of one another. Ethiopian Leul Aleme won with a time of 44:53. He was followed by his compatriot Dawit Admasu, with Kenya’s Stephen Kosgei finishing third.

The race, named after the Roman Catholic saint whose feast day is celebrated on December 31, winds through the historic center of Sao Paulo, Latin America’s largest city, and is among the region’s top road races.

Held every year since 1925, it used to be run at night, so the winner could cross the finish line around midnight to the blast of fireworks.

Along with elite athletes, the race draws revelers and amateur runners. They came in droves this year, many in groups of friends, wearing everything from Spiderman costumes to tutus and masquerade masks.