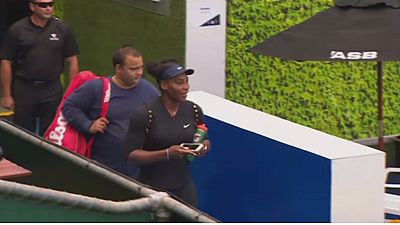 World number two tennis player Serena Williams arrived in Auckland on Friday alongside her new fiance, before competing in the ASB Classic next week.

“It is always fun to go to places you have never been, so I am excited to be here,” she said.

Williams announced her engagement to Alexis Ohanian, co-founder of the social media company Reddit, on the platform on Thursday.

It is always fun to go to places you have never been, so I am excited to be here.

The news broke on Thursday that the world number two had got engaged to Alexis Ohanian, co-founder of Reddit.

“He said four words”, and I said yes – she wrote in a poem published on the social media company’s website.

The New York-born Ohanian, 33, confirmed the news on his Facebook page, writing: “She said yes”.

On arrival in Auckland, sister Venus Williams said the news of the engagement was “awesome.”

she is due to play a tournament in Auckland next week. The 35-year-old is competing in the country for the first time.

Williams is seen as the best player of her generation. She has won 22 grand slam singles titles, the same as German Steffi Graf and trailing only Australian Margaret Court.

However, she has never before competed in New Zealand. 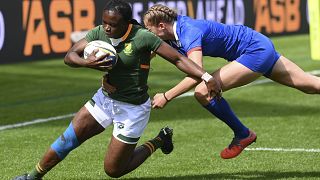