At least 50 dead in floods in southwestern DR Congo 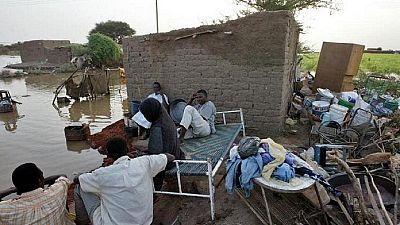 At least 50 people have been confirmed dead in southwestern Democratic Republic of Congo during floods caused by a two-hour torrential rains on Monday night.

According to officials, the tragedy was caused by the flooding of the Kalamu River in the region.

“The rain through Monday night in Boma caused at least 50 deaths and possibly more bodies buried in the mud,” the governor of southwestern Kongo province, Jacques Mbadu told AFP.

“We buried 31 bodies on Wednesday and intend to repatriate some 20 other bodies that are on the other side of the border in Angola today (Thursday),” Mbadu added.

The torrential rains are reported to have flooded the Kalamu River which shares its banks with DRC and Angola.

“In less than two hours, the water rose to two meters above the normal level. At least 500 homes were destroyed,” Mbadu added.

Thousands of people are believed to have been displaced after the floods which are cyclical and occur at intervals of ten years, the governor said.

Boma is the second largest city in the central Kongo province and home to the DRC’s only port on the Atlantic Ocean.

It is located at the mouth of the Congo River and linked by two rivers, the Kalamu and the Lovo.