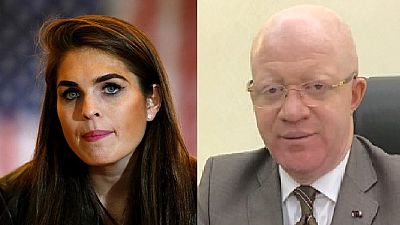 A spokesperson for President-elect of the United States, Donald Trump, has denied reports of a meeting between him and President of the Republic of Congo, Denis Sassou Nguesso.

Hope Hicks said there had never been a meeting scheduled and that there would not be one before Trump takes office on January 20.

The Congolese government spokesperson, Thierry Moungalla, disclosed via Twitter on Monday that there was a meeting scheduled between Sassou and Trump.

Moungalla said the meeting between the two leaders was to center around Libya’s security situation and other African issues but failed to disclose any further details.

Trump according to Reuters is currently holding a series of meetings at his residence in Palm Beach, Florida and at his Trump Tower building in New York City as he prepares for January 20.