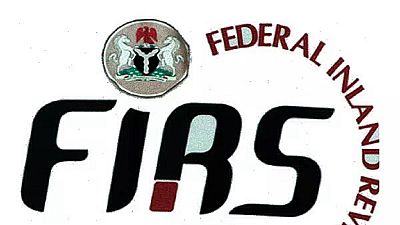 Nigeria Federal Inland Service (FIRS) has continued its crackdown on tax-defaulting companies by sealing off more premises in Lagos and Abuja.

In Lagos, a team led by Umar Gana sealed off Mayssa International Limited, situated in Etim Inyang Crescent, Victoria Island, Lagos, over a tax debt of N133.8m. The managing director of the firm, identified as Mr. Robert, told the team that while the company truly owed, the debt was not on the scale the FIRS claimed.

He added that the organisation was making efforts to pay what it owed, an assurance that did not impress the team, which shut the premises.

In Abuja, the FIRS team leader, Ruth Mandeun, ordered the sealing of the premises of Hakimco Automobiles Limited at the city’s Central Business District.

According to a statement by the FIRS, the company is indebted to the tune of N335,902.

The manager claimed to have paid the debt, but when given 30 minutes to produce evidence of payment, he disappeared and the company was shut.

On Wednesday in Lagos, the premises of Ace Products and Services, situated at No. 20, Sanni Ashmiu Close, Awoyaya, was shut over a tax debt of N157.3m.

On Tuesday, the FIRS sealed Diplomat Hotel located at No. 1 Shonny Way, Shonibare Estate, Maryland, Lagos, which allegedly owed N35.1m accumulated over the last four years. The hotel’s customer care manager said the management was “concerned about the debt.”

The Federal Inland Revenue Service had earlier in the year stepped up its action against tax-defaulting companies, shutting some of them in Lagos.