Indonesia has suspended its membership of the Organization of Petroleum Exporting Countries (OPEC), after the oil cartel decided to cut total crude-oil production by 1.2 million barrels a day.

The withdrawal comes less than a year after rejoining the cartel, as the net oil importer said it could not agree to the group’s production cuts.

The decision came as the cartel agreed its first oil output cut since 2008 in a bid to tackle overcapacity and prop up prices.

We still have a huge state revenue need, "In the draft of our 2017 budgets, we've agreed only to lower our oil production next year by 5,000 barrels from the level in 2016.

Indonesian Energy Minister Ignasius Jonan said the country was told to lower its output by 5%, or 37,000 barrels per day, but that it could only afford a reduction of 5,000 barrels.

The suspension could be a setback for Indonesia, OPEC’s only East Asian member, which had hoped to benefit from being closer to OPEC countries when it reactivated its membership at the start of the year.

OPEC had proposed Indonesia cut oil production by about 37,000 barrels per day (bpd), or about 5 percent of its output, which would dent the already slipping oil rent in Southeast Asia’s largest economy.

Indonesia suspended its membership once before, in 2009 after becoming a net oil importer.

Although it remains a net importer, Indonesia rejoined the group at the beginning of this year so it could play an active role in the organization’s decision-making. The latest suspension came during OPEC’s 171st ministerial Conference in Vienna.

At the Vienna gathering, members were called on to slash combined output, starting January 1, 2017 by some 1.2 million barrels per day to bring the ceiling to 32.5 million barrels. The cuts would last for six months and be subjected to a possible six-month extension.

OPEC said the current market conditions are “counterproductive and damaging” to producers and customers and are not sustainable. The organization said the reduction is needed to address the serious problems of imbalance and volatility coming mainly from the supply side.

Under the new production guidelines, Saudi Arabia, the world’s No. 1 oil producer is required to cut output by 486,000 barrels a day to 10 million, while Iran will have to slash production by 90,000 barrels to 3.8 million. 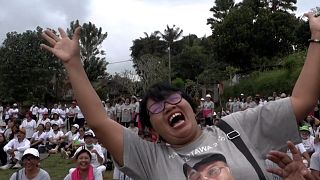 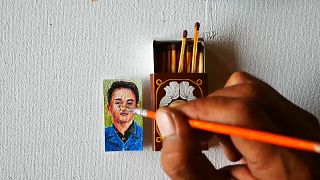