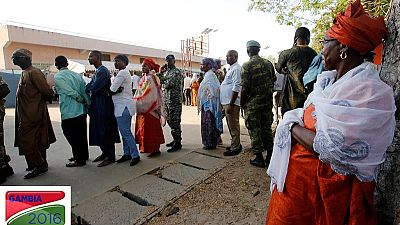 Gambia’s internet networks were shut down including telephone connection ahead of Thursday’s presidential election despite joint petition from internet freedom groups sent to President Yahya Jammeh.

The letter dated Wednesday, November 30, 2016, implored Jammeh to ensure the stability and openness of the internet during the elections to enable “free expression and the fulfillment of all human rights which represent the most critical moment in a democracy.”

For fair elections, we need to #KeepItOn – our joint letter w/internetlibre to President Jammeh #GambiaDecides https://t.co/URioIrzEmK

The letter signed by nine internet freedom bodies including Access Now, Association for Progressive Communications (APC) and Internet Sans Frontières did not change the government’s action as communication was shut down Wednesday evening.

Gambia’s action follows that of Burundi, Congo-Brazzaville, Egypt, Sudan, the Central African Republic, Niger and the Democratic Republic of Congo.

“The internet has enabled significant advances in health, education, and creativity, and it is now essential to fully realize human rights including participation in elections and access to information,” they added.

As at Thursday (12:00 GMT), communication in and out of The Gambia is impossible and information about the ongoing presidential election is not available due to the telecommunication and internet shut down.

886, 578 voters are expected at 1,422 polling stations in 53 constituencies in the seven administrative regions of The Gambia to cast their ballots to elect the next president of the country.