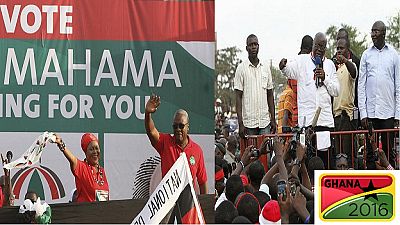 Ghana is gearing towards its election on December 7 and tensions are rising between supporters of candidates of the ruling and main opposition parties.

A read-out issued by Ki-moon’s spokesperson, Stephane Dujarric, said the S-G engaged the two leaders in separate phone calls, advising them to “continue their role in defusing tensions and preserving peace”.

He also highlighted the need for all political parties to sign a Code of Conduct, which will assist in lowering tensions and preventing electoral violence.

The West African country has had relatively peaceful elections in the past years including two major transitions from a government in power to an opposition.

There are seven candidates running for president and the favourites are the NDC and NPP candidates who are actively campaigning nationwide.