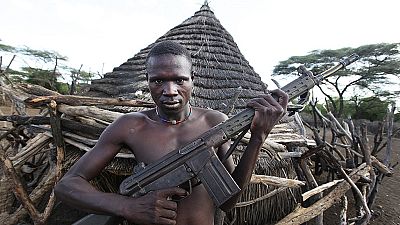 The United States passed a draft resolution to impose an arms embargo on South Sudan on Thursday to the 15-member United Nations Security Council. Further sanctions are being targeted amid warnings by a senior U.N. official of possible genocide.

The U.S. Ambassador to the United Nations, Samantha Power reacted to the report of UN special adviser Adama Dieng who visited South Sudan a week ago. Samantha Power urged the 15 members of the Council to consider the warning of Mr. Dieng as a wake-up call. “None of us can say we did not see it coming,” she emphasized.

The special adviser to the United Nations has actually sounded the alarm. “I saw all the signs of tribal hatred and the fact that civilians are being targeted can lead to genocide, if nothing is done to stop it.”

He also clearly asked the Security Council and the countries in the region to be united and take appropriate measures.

But the decision to impose an embargo is not simple. Attempts by the Security Council to impose such a measure have always faced the veto by China and Russia.

The two permanent members doubt the effectiveness of an embargo in a country where weapons have been circulating since the period of the war for independence.