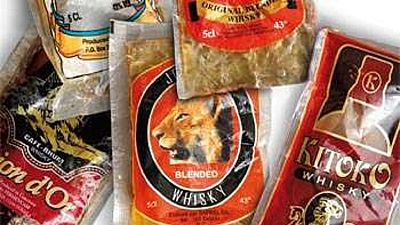 The Ivorian government on Wednesday banned sachet alcohol, whether sold or for free, to fight against alcoholism.

According to Communication Minister Bruno Kone, “the government has banned the production, import, marketing, possession and free supply of alcohol, brandy and spirits, in sachets.”

Usually consumed by people with limited financial resources, these small bags containing liquor, vodka or brandy, are widespread in the country and have a huge demand especially because of their prices ranging from 200 CFA francs (30 cents euro) and 1,000 CFA francs (1.5 euros).

According to the minister, it is a problem of “public health and protection of young people.”

Cameroon banned the product in 2014 for “health reasons”.