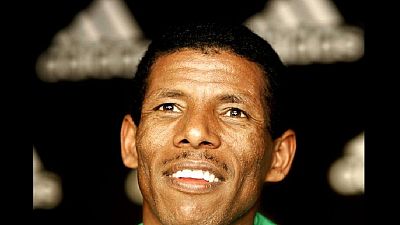 Gebrselassie in an interview with CCTV Africa stated that he was moving in to conduct sweeping reforms in the federation with the view to ensure that the country regained its lofty position in athletics circles again.

According to him, the last Olympics was the worst that the country had recorded in the last two decades and he was in to turn things around for the better.

This Summer Olympics was really the worst since the last 20 years, there are no upcoming athletes to replace the elite ones, (I plan to) reform the federation.

‘‘This Summer Olympics was really the worst since the last 20 years, there are no upcoming athletes to replace the elite ones, (I plan to) reform the federation, to build up the finance and upgrade the Ethiopian system to be comparative with the international level.

The 43-year old beat two other contenders for the post. The incumbent Alebachew Nigusse did not seek re-election.

Ethiopia placed 44th on the medals table with eight medals in total. One gold, two silver and five bronze medals. The government has dominated in especially long distance events. Kenya and South Africa the only African countries that beat Ethiopia on medals.

At the end of the Games, Europe (with 48%) topped with the continental medal standings. The Americas and Asia came in second and third (with 22% and 21%) respectively. Africa and Oceania finished with 5% of total medals.

“I am looking forward to use this experience and work together with all the people involved in EAF to bring Ethiopian athletics to a higher level.

“Athletics changed my life completely and I am thankful for that, I have gained a lot of experience throughout my athletics career and now it is time to give back to my country and sport,’‘ he said in an interview before the polls.

Gebrselassie, has brought the country a lot of glory in long-distance events. He boasts a stellar career which spanned over two decades, since 1992 when he won the 5000m and 10,000m titles at the World Junior Championships.