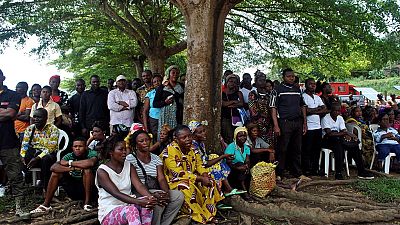 Twenty eight victims of the train crash that left nearly 80 dead in Cameroon late October have sued the management of the rail company Camrail owned by French group Bolloré, for “failures and negligence”.

One of the lawyers of the victims said on Friday that they have filed a suit at the court of first instance in the central part of the country where the derailment occured.

“We filed a suit with prosecutors and courts of first Instance in Eseka,” a member of the team of lawyers, Guy Olivier Moteng, told AFP.

“This is a class action from 28 people who have reported so far,” he said, adding that they are ed saying that they are the rights holders of some of the deceased, the injured and victims of trauma following the disaster.

“The complaint is against Camrail, its officers and the driver of the train,” the lawyer explained.

The accident occured in Eseka on the line between the country’s main cities, Douala and the capital, Yaounde killing at least 79 people and injured over 600 more.

An official of the French company, Bollore, disclosed later that one of the key factors that contributed to the deadly train accident in Cameroon was “an abnormally high speed.”

“We pointed failures, oversights and omissions in rescue of the injured. We work with experts and confidently say we are being deceive that the brake system (of the train) was failing,” the lawyer explained the complaint.

A judicial enquiry should be initiated after an investigation, and it is not until the end of these proceedings that the Eseka court can tell whether a trial will be open or not.

Other victim groups are also planning to go to court, according to lawyers contacted by AFP.