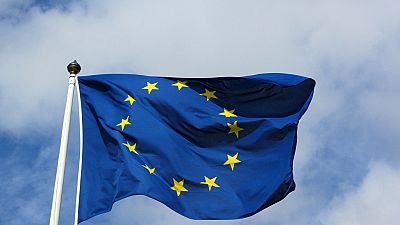 The European Union (EU) has announced it will spend €150 million (N50 billion) on the development of power sector in Nigeria, as accessing long term finance for the sector and identifying opportunities in the textile industry will dominate discussion at the 5th European Union-Nigeria Business Forum (EUNBF) scheduled for next week in Lagos.

According to the Ambassador and Head of Delegation of EU to Nigeria and ECOWAS, Michel Arrion who disclosed this at the 5th edition of EUNIBF pre-event news conference on Wednesday in lagos. The grant would be used mainly for the training of young engineers and funding of some technical aspects of the sector.

He explained that EU was collaborating with National Power Training Institute of Nigeria (NAPTIN) to inject young engineers into the sector. The Ambassador described the energy sector as an important aspect of the Nigerian economy, adding that nothing would work well if the sector is not adequately funded.

The EU is already financing a transmission project in Kastina State, and we have spent over €5 million (about N1.6 billion) on it.

“The EU is already financing a transmission project in Kastina State, and we have spent over €5 million (about N1.6 billion) on it,’’ he said.

Arrion said the forth coming business forum would seek to strengthen the EU-Nigeria business relations through identification of opportunities in the global textile value chain and expose Nigerian SMEs to opportunities in the EU market through the platform of the Enterprise Europe Network (EEN),” he said.

Arrion explained that the EUNBF is a collaborative effort of the EU and its member states present in Nigeria, and has held every year since 2012.

The Counselor, Head of Trade and Economics Section of EU, Filippo Amato said that EU has granted over €750 million to Nigeria between 2008 and 2013. Amato said that €512 million had been spent from 2015 to date.

He noted that 2016 business forum would take place in Lagos from November 10 to 11 with the theme “ Harnessing Nigeria’s Potential for Economic Growth.”

Amato said that key speakers lined up for the event include Gov. Akinwumi Ambode of Lagos State and Gov. Nasir El-Rufai of Kaduna State.

Others are President of the African Development Bank (AFDB), Akinwumi Adesina, Minister of Industry, Trade and Investment, Okechukwu Enelamah, and Minister of Works, Housing and Land, Babatunde Fashola.

He said that the Minister of Budget and National Planning, Senator Udoma Udo Udoma, and the State Secretary, Ministry of Foreign and European Affairs, Slovak Republic, Lukas Parizek, would attend the forum.