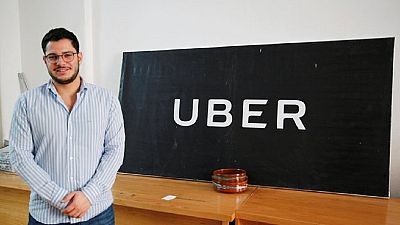 The taxi company also wants to convince traditional drivers to work with them and avoid a repeat of problems faced in other countries.

Naa Oyoe Quartey takes a taxi to work in Ghana’s capital, Accra using the Uber app on her phone.

Uber is very convenient, it's easy, it's accessible, and you don't have to struggle to bargain with taxi drivers because it gives you the actual amount depending on the kilometres.

The company uses a Smartphone app and GPS technology to provide its cab services by linking customers with drivers near them.

“Uber is very convenient, it’s easy, it’s accessible, and you don’t have to struggle to bargain with taxi drivers because it gives you the actual amount depending on the kilometres or the distance you cover and the drivers too they’re nice so far the one’s that I’ve come across are very cool their cars are neat and they treat you well like the way a customer deserves to be treated,” she said.

Quartey’s trip cost her about $3 for a journey she said would have been about $5 by ordinary taxi.

Uber operates in over 60 countries worldwide and is worth about 40 billion US dollars.

Leon Mwotia is the company’s international launcher and is based in Ghana.

Uber is popular for its cheaper fares and convenience, which in turn has seen many drivers enroll on the platform which guarantees them clients.

“Before then I wasn’t working, I tried a lot of companies I couldn’t get any response but thank God Uber employed me and at least I’m able to make my home and now I’m not depending on my family and friends at least I can live on my own,“Benjamin Osae, a taxi driver in the capital said.

The company said it wants to convince traditional taxi drivers to work with them alongside running their own businesses.

Protests against Uber by traditional taxi drivers have been staged in various countries over what the cab drivers see as a threat to their livelihoods.