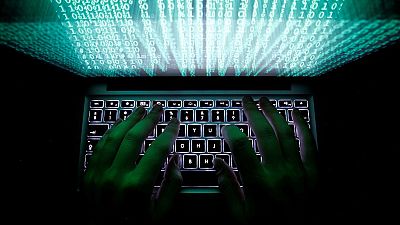 Twenty five years after the introduction of the revolutionary World wide Web, Ghanaian engineer Professor Nii Quaynor who pioneered the internet in Africa says the continent stands to gain a lot more from the internet.

Africa had only 16 percent internet penetration and 67 million smartphones in 2013, while the numbers are increasing rapidly, the continent still lags behind other parts of the world.

“I am a typical user in Africa and if you take me as that typical user, there are 30 percent of us using the internet, I don’t believe so, and if this premise that I am using just to point out the gravity of the situation, if this premise is indeed true then I think we have to double up. I am not saying we are not doing anything right or wrong but I am saying that there is a lot we got to do,” he said.

Analyst project that by 2025, penetration will be 50 percent and 360 million smartphones will be available on the continent.

The increasing penetration and potential is attracting interest from Internet companies such as Google, Facebook and Wikipedia, which are striking deals with service providers to offer users free, or ‘zero-rated’ access to their sites and services.

The move has been criticized as a plan to lock in customers on a continent of 1 billion people and make online technology another industry on the continent dominated by big foreign companies.

Professor Quaynor said, “In my opinion, the Facebook effort is one to be encouraged and commended and the same applies to Google’s effort and other multinational efforts to help and narrow down the divide in terms of infrastructure for communication through out the world, including the case of Africa. On the other hand I wanted to point out that it is still a drop in the ocean, ok? And so we will encourage more efforts, initiatives to help improve the capacity per person in terms of access and the supporting backbone strength and so on”.

With connectivity a priority, experts say more of Africa’s internet users need to leverage the web as a tool to build industries.