Ex-Guantanamo detainee from Mauritania 'forgives' after 15 years in prison 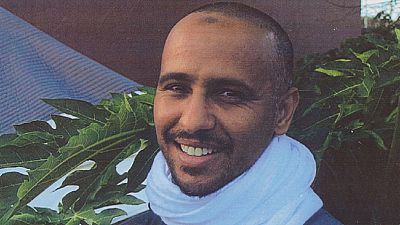 <p>Former Guantanamo prisoner, Mohamedou Ould Slahi who was freed on October 17 after 15 years in the US prison said on Saturday that he has “forgiven all” the injustices he suffered.</p> <p>The Mauritanian who was not charged throughout his 15-year detention offered the forgiveness during a press conference with his lawyers in Nouakchott. </p> <p>“I forgive all the abuse and injustices I suffered, and I tell them all to ‘go and I rebuke them not’,” he echoed a Quranic verse on forgiveness in Islam, in the presence of his lawyers including two Americans and the Mauritanian Ould Brahim Ebetty. </p> <p>The former prisoner who said little during the press conference avoided answering questions and simply expressed the wish that “the world can now live in peace and tranquility”. He thanked all those who helped him get out of the prison. </p> <p>One of his lawyers Ebetty said that “according to the decision of Mr. Ould Slahi, the group of lawyers will not lodge a complaint against Washington for the torture and injustices” suffered by their client in Guantanamo and elsewhere. </p> <p>“We will also not lodge a complaint against the Mauritanian Government (of former President Maaouya Ould Taya) who had betrayed the Americans,” the lawyer said.</p> <p>“It’s a courageous decision of a man in such a tough position, which gives a lesson of humanity and humility to the world,” he added, saying his book, “Guantanamo Diary”, translated into 25 languages, has “shaken the conscience of the world and laid bare the terrible suffering of the prisoners in this American prison.” </p> <p>The prisoner’s personal physician cautioned that Ould Slahi who suffered “physical abuse at all levels will remain under medical supervision for the next ten years.” </p> <p>Mohamedou Ould Slahi was held in Guantanamo without trial since August 2002. Arrested in 2001 in Mauritania, he was successively imprisoned in Jordan and Afghanistan before arriving in Guantanamo in what he called in his book a “world tour of torture and humiliation.” </p> <p>In “Guantanamo Diary” published almost two years ago, he narrates how he was tortured and forced to make false confessions. US authorities accused him of being a member of Al Qaeda, who participated in the “Hamburg cell” in Germany, linked to the attacks of September 11.</p>