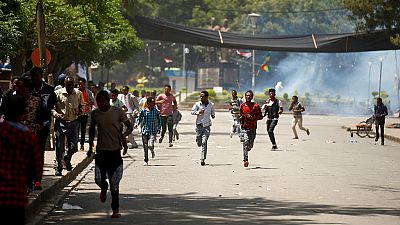 Reports indicate that internet has been blocked in Ethiopia. The country have in the past three days suffered protests after a deadly stampede over the weekend.

Ethiopia is no stranger to internet cuts, specific social media platforms were first in July as the government’s measure of preventing leakage of examination.

Subsequently, protests in the Oromia and Amhara regions resulted in internet cuts. Most of the anti-government protests are seen to have been organized especially through social media.

The current internet disruption is believed to be connected with the protests arising from the stampede on Sunday during a thanksgiving festival – Ireccha – in Oromia region.

#Ethiopia has turned off mobile internet this morning

Gov in #Ethiopia turned off mobile internet service to detain dissents in fear of escalating protests may reach #Addis Ababa.

No official reason given as Ethiopia's government shuts down the internet for second time since August, amid growing protest against it

Some users are however confirming in the afternoon of Wednesday that the government has partially lifted the outage. They say access to fixed line internet service has resumed but mobile internet remains blocked.

“Fixed-line internet services are back up in #Ethiopia, but not mobile phone services. Can't access internet on 3G network” EmmanuelIgunza

Ethiopia filters internet regularly using firewalls which often slows network access. Problems of accessing social networking sites had been reported in some localities of the Oromo region during the anti-government protests, but blocking all sites nationwide is unprecedented in the country.

The UN Human Rights Council passed a resolution months back considering the restrictions of internet access as a violation of human rights. This was a few days after the election of Ethiopia as a non-permanent member of the UN security Council for a two year term.