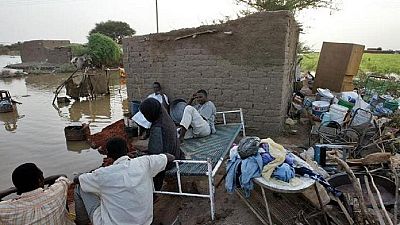 Italy has contributed 400,000 euros in emergency aid to the International Federation of the Red Cross (IFRC) to help contain proliferation of outbreaks of bacillary diarrhoea in Sudan.

A statement from the Italian Foreign Affairs Ministry read, ‘‘This is in response to the plea the IFRC and the Red Crescent made at the beginning of September to help approximately 64,500 people, with a special focus on water and sanitation.’‘

The funds will help fight against spreading of the disease in five States that were most severely hit by floods and that potentially could be at risk: Kassala, Sennar, Gezeira, West Kordofan and While Nile.

Cholera in #Sudan: #Italy responds to emergency by contributing 400,000 euros to IFRC pic.twitter.com/InweUwYCMi

It is also to provide relief supplies to their populations and launch training activities to reduce water-related diseases, while at the same time promoting good practices in the health sector.

In the middle of September, health unions and an opposition party called on the Sudanese government to declare a cholera outbreak in the Blue Nile State after recording 17 deaths.