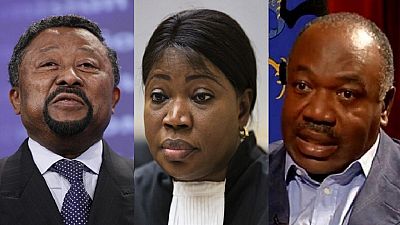 <p>Gabon’s leading opposition figure, Jean Ping, welcomes an investigation by the International Criminal Court (<span class="caps">ICC</span>) as part of efforts to establishing persons or groups responsible for the the post election violence in the country, his lawyer has said.</p> <p>The former African Union (AU) chief had earlier tweeted the need for human rights groups and the <span class="caps">ICC</span> to investigate the violence in the oil-rich central African country. </p> <p>His position coincided with a statement from the <span class="caps">ICC</span> chief prosecutor, Fatou Bensouda, confirming that the Gabon government – a State Party to the <span class="caps">ICC</span> – had invited her outfit to investigate the violence. </p> <blockquote class="twitter-tweet" data-lang="en"><p lang="fr" dir="ltr">Nous demandons à <a href="https://twitter.com/amnesty"><code>amnesty</a> et au Procureur de <a href="https://twitter.com/IntlCrimCourt"></code>IntlCrimCourt</a> de venir au <a href="https://twitter.com/hashtag/Gabon?src=hash">#Gabon</a> faire tte la lumière sur les événements perpétrés le 31/8 #13</p>— Jean Ping (@pingjean) <a href="https://twitter.com/pingjean/status/781528358232461312">September 29, 2016</a></blockquote> <script async src="//platform.twitter.com/widgets.js" charset="utf-8"></script> <p>Jean Remy Batsantsa, a lawyer for Ping is quoted by <span class="caps">BBC</span> Afrique, as having said: ‘‘That is what the entire world is asking for. We are not asking for anything else. Innocent civilians must not continue to be massacred just for taking to the streets to demand the truth.”</p> <p>Ping held a press conference on Thursday to reject the results by the Constitutional Court, affirming the reelection of incumbent Ali Bongo Ondimba. Later on Friday, he announced a national shutdown for next Thursday October 6 via his official facebook handle.</p> <p>‘‘I call on the Gabonese people to observe, Thursday, October 6, 2016, a national day of recollection for our dead and compassion for all the bereaved families and all victims of the barbarism that has befallen our country.</p> <p>‘‘Thursday, October 6, 2016, the nine (9) provinces and the Diaspora are invited to stay at home and observe a day of contemplation, meditation and reflection,’‘ his post read.</p> <p>The post election violence led to the death of three people and to the torching of the National Assembly. The opposition headquarters was also burnt down supposedly by state security forces.</p>