Ghana's president found in breach of gift laws over $100,000 car 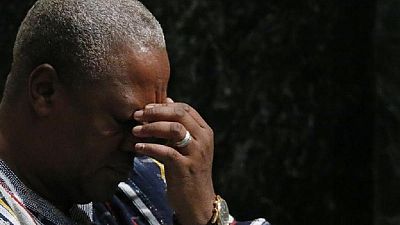 <p>Ghana’s president, John Dramani Mahama, breached the country’s gift policy in accepting a car from a Burkinabe contractor four years ago, a constitutional body has found.</p> <p>The Commission for Human Rights and Administrative Justice (<span class="caps">CHRAJ</span>) however concluded in its preliminary report that the president’s action did not breach the bribery, corruption or conflict of interest laws in the country.</p> <p>Part of its ruling said, ‘‘The Commission is satisfied that the gift in question forms part of gifts prohibited under the Gift Policy under the Code of Conduct. </p> <p>‘‘Although the evidence shows that the respondent (President Mahama) subsequently surrendered the gift to the State, the action nonetheless contravened the gift policy.’‘ </p> <p>The Commission said because the president declared the gift, surrendered it to the state’s vehicle pool and did not use his public office for private benefit he could not have been found to have breached the conflict of interest procedures.</p> <p>Three petitioners hauled the president to <span class="caps">CHRAJ</span> citing a case of bribery and conflict of interest against him after a radio journalist broke a story of how the president received a $100,000 Ford Expedition gift from a Burkinabe contractor in 2012.</p> <p>The petitioners included two opposition parties, the Progressive People’s Party (<span class="caps">PPP</span>), the youth league of the Convention People’s Party (<span class="caps">CPP</span>) and a private citizen, one Nana Adofo Ofori. </p> <p>The president is said to have received the gift through Ghana’s High Commission in the Burkinabe capital, Ouagadougou. With the contractor confirming to the journalist in an interview that the president had called him to thank him for his gesture.</p> <p>The government’s spokesperson and the president himself confirmed knowledge of the story, and said the vehicle was eventually put into the pool of vehicles at the presidency and not at the direct disposal of the president. <span class="caps">CHRAJ</span> corroborated all these facts in the course of their investigations.</p> <p>Political players largely differed on the propriety of the president’s action with the minority in parliament hinting of a possible impeachment. </p> <p>However some legal practitioners were of the view that with the kind of executive presidency that Ghana operates, such processes be it at the level of parliament or of human rights bodies would result in nothing meaningful.</p>