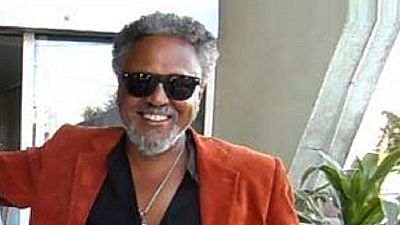 Popular Ethiopian actor, Znah-Bzu Tsegaye, is reported by the Voice of America (VOA) to have sought asylum in the United States after leaving the country two months ago.

His decision to go into exile is linked with the heavy security crackdown on protesters in the Amhara and Oromia region. Tsegaye, is from the Amhara region.

He becomes the latest high profile Ethiopian to go into exile and his move is expected to make a big impact in the country. During the just ended Rio Olympics, marathon runner Feyisa Lilesa made an anti-government protest.

He did not return home after the games because he said he feared for his life. He sought asylum in the United States after leaving Brazil, a move that was backed by his family.

After Feyisa, an Ethiopian Paralympic athlete, Tamiru Demisse, also crossed his arms above his head after finishing second in the Men’s 1500m race in Rio. He did same during the medal ceremony.

In an interview with the VOA’s Amharic service, he chastised the security forces for carrying out “atrocious actions” and disclosed that until the regime is changed, he will not return home.

“It is sad to respond with bullets to people’s demand for their rights,” he said.

Despite the heavy security clampdown on protesters in the country, the two biggest ethnic groups continue to push for change. Human rights groups have estimated that hundreds have been killed and thousands arrested during the protests.