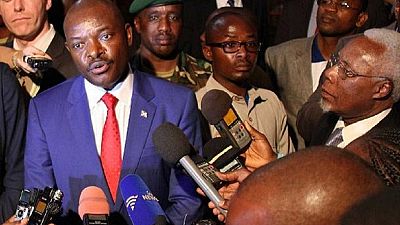 The Council of the European Union (EU) has reportedly renewed its restrictive sanctions against Burundi till ending of October 2017.

According to a statement from the Council, the latest sanction ‘‘consist of a travel ban and asset freeze against four persons whose activities were deemed to be undermining democracy or obstructing the search for a political solution to the crisis in Burundi.’‘

The names of the four persons will be included in a report to be published in the EU’s Official Journal on October 1, 2016.

The EU also bemoaned acts of violence, repression or incitement to violence, and acts which constitute serious human rights violations in the country. They also called for restraint on the part of all political stakeholders.

‘‘The Council considered that the absence of progress in the situation regarding the four persons under restrictive measures justified the prolongation of the sanctions,’‘ the statement added.

But according to Daniel Finnan, a broadcast journalist with Radio France international (RFI), the EU had asked for the press release relating to its renewed sanctions on Burundi to be discarded.

European nations and the United States have led efforts to put pressure on Bujumbura with aid cuts.

Brussels said on March 14 it was suspending direct financial support to the government, affecting a package worth about 432 million euros ($480 million) for 2014 to 2020, although emergency aid would continue.

To resume funding, the EU said Burundi had to free up the media, deal with rights abuses and launch genuine peace talks.

Since April 2015 when president Nkurunziza said he was running for a third term in elections that he then won and which opponents said was unconstitutional, over 400 people have been killed in gun battles in the country.

As at March 2016, two percent of the population – 220,000 people – had fled to neighboring countries like Rwanda, Tanzania and Uganda.