US says it supports AU intervention in Gabon crisis 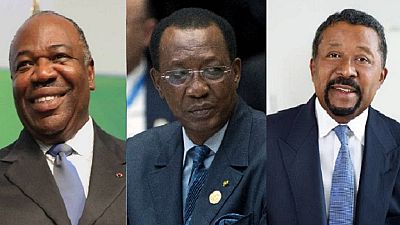 The United States (US) says it supports efforts by the African Union (AU) to mediate in the political crisis that has hit Gabon following the August 27 presidential elections.

According to a statement from the US department of state, the country is keenly following developments in the Gabon and were in full support of the AU’s move. They called on the Gabon government to arrange a visit for the continental bloc as soon as possible.

‘‘The African Union (AU) has expressed its willingness to send a delegation to assist the parties in Gabon in their efforts toward a constitutional resolution to the post-election situation.

We strongly support this initiative and call on the Government of Gabon to work with the AU to arrange the visit of such a delegation as soon as possible.

‘‘We strongly support this initiative and call on the Government of Gabon to work with the AU to arrange the visit of such a delegation as soon as possible,’‘ the statement read.

The AU president Idriss Deby Itno of Chad in a statement on Monday disclosed that the body was ready to send a delegation to mediate in Gabon if conditions for such a visit were met by the government.

AU ready to intervene in Gabon if …

Other requests made by the US included:

Gabon’s post election violence has reportedly claimed about five lives with hundreds sustaining injuries. The violence started after the announcement of Ali Bongo as winner of the August 27 presidential polls.

The opposition led by former African Union (AU) chairperson, Jean Ping, has rejected the results as declared by the electoral body and affirmed by the Interior minister. The country’s parliament was burnt down supposedly by Ping loyalists.

The campaign headquarters of Ping was ransacked by security operatives leading to the death of two people. Some 23 people who were held at the premises were released after calls by the United Nations to that effect.