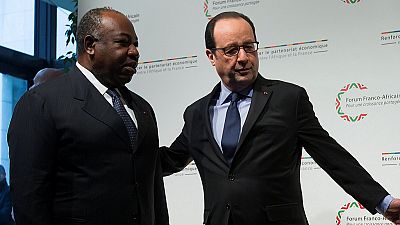 <p>The Gabonese foreign ministry has announced that the fifteen French binational citizens in the central African country reported missing by France have been arrested.</p> <p>The ministry said in a statement early Tuesday morning that the fifteen French nationals are also Gabonese nationals with dual citizenship, and were detained by the security forces during the post-election violence.</p> <p>French Prime Minister Manuel Valls on Tuesday requested for the whereabouts of the binational citizens who went missing since the beginning of the crisis.</p> <p>“The services of the Department of Justice are at the disposal of the families to answer any questions. The Ministry of Foreign Affairs, after hearing the concerns of the French authorities, remains available to them to shed light on the situation,” the Gabonese ministry added in its statement dismissing France’s worry.</p> <p>It made reference to its laws that says that binational Gabonese citizens residing in the country cannot rely on another nationality, therefore are subject to Gabonese laws and regulations.</p> <p>President Ali Bongo Ondimba was declared winner of the 2016 presidential elections last Wednesday resulting in violence after the opposition led by Jean Ping rejected the results calling it a fraud.</p> <p>According to Interior Minister Pacome Moubelet-Boubeya, the violence left three dead and 105 wounded, including 67 members of the security forces. </p> <p>Hundreds of people have been arrested and detained by the police.</p> <p>The opposition including several international bodies and countries including France have called for the publication of the results of all the polling stations.</p> <p>The French Prime Minister Manuel Valls also said on Tuesday that the votes should be recounted.</p> <p>“There are challenges and doubts. European observers on site were critical on the basis of objective facts. Wisdom will dictate that there should be a recount of the votes,” he said on French radio. </p> <p>The government has rejected a recount arguing that the electoral law does not allow it but directed the opposition to seek redress at the Constitutional Court. </p> <p>The opposition leader Jean Ping, who has declared himself president-elect, called for a nationwide strike on Monday.</p>