Apple ordered by EU to repay $13bn in back taxes 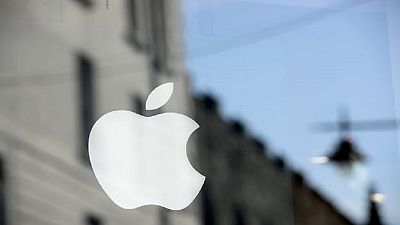 <p>The European Union wants a big bite out of Apple. It has it has ordered the tech giant to pay up to 13 billion euros in back taxes plus interest to the Irish government.</p> <p>The EU has accused Apple, which employs thousands of people in Ireland, of benefiting unfairly from special arrangements with the country that allowed it to keep its tax bills there to a minimum. </p> <p>At a press conference on Tuesday, the European Commissioner for Competition, Margrethe Vestager said the tax treatment granted by Ireland to Apple, was illegal under EU state aid rules.</p> <p>“Apple’s tax benefits in Ireland are illegal. Two tax rulings granted by Ireland have artificially reduced Apple’s tax burden for over two decades in breach of EU state aid rules. Apple now have to repay the benefits worth up to 13 billion euros plus interest,” she said. </p> <p>Vestager said that the “selective treatment” in Ireland allowed the company to pay an effective corporate tax rate of one percent on its European profits in 2003 down to 0.005 percent in 2014. </p> <p>The ruling is the biggest EU has ever made regarding a single company. It has however been met with strong rejection from the U.S. government, which claims Ireland’s tax scheme was entirely legal and that retroactive tax assessments by the EU are unfair. </p> <p>But Apple may not be the only U.S. company to have been caught up in European tax affairs. </p> <p>Reports suggest the EU will likely order other U.S. multinationals including Starbucks, Amazon, and Macdonald’s to repay taxes to the so-called “tax havens” which include Ireland, the Netherlands, Belgium, and Luxemburg.</p>