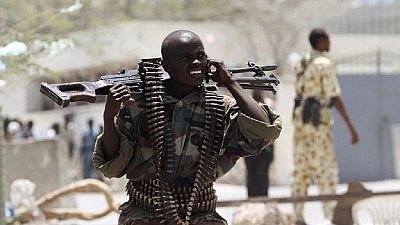 The African Union’s Peace and Security Department (AU PSD) has said it would continue to push for universal adherence to the Arms Trade Treaty (ATT) to ensure responsible internal arms transfers.

The PSD, the AU’s wing that provides support to efforts aimed at promoting peace, security and stability on the continent is currently partaking in the second Conference of States Parties to the Arms Trade Treaty in Geneva. The conference started on 22 August and ends on Friday 26 August 2016.

Africa is among the regions most affected by the illicit proliferation, circulation and trafficking of small arms and light weapons.

The AU has stated that there is the need for a concerted effort to combat trade in illicit small arms and light weapons which continue to cause untold suffering and pain, threatening the peace and security of the region.

Its Head of the Defence and Security Division, Dr Tarek A. Sharif, speaking at the 6th Biennial Meeting of States to Consider the Implementation of the Programme of Action to Prevent, Combat and Eradicate the Illicit Trade in Small Arms and Light Weapon in July said, ‘‘Africa is among the regions most affected by the illicit proliferation, circulation and trafficking of small arms and light weapons.

‘‘These weapons have caused unspeakable death and suffering over the decades and remain a serious impediment to peace, security, stability, and development on the continent and globally,’‘ he added.

The African Union believes that the goal of an Arms Trade Treaty shall be the establishment of the highest possible common international standards for the transfer of conventional arms, including small arms and light weapons;

The African Union believes that the objectives of an Arms Trade Treaty shall include:

a) preventing the diversion of licit conventional arms into the illicit market and into the hands of unauthorized users, including criminal organisations,
b) preventing the trade in conventional arms, especially small arms and light weapons, from fuelling armed violence, armed conflicts and terrorism, and from contributing to violations of human rights and international humanitarian law;
c) preventing violations of international arms embargoes or sanctions;
d) building trust and confidence between States through increased transparency, accountability and information on the production, stockpiles, imports and export of conventional arms;
e) contributing to international and regional peace, security, safety and stability;
f) providing an international, cooperation and assistance framework which addresses, inter alia, the implementation of the Treaty

In 2001, countries adopted the Programme of Action to Prevent, Combat and Eradicate the Illicit Trade in Small Arms and Light Weapons in All Its Aspects (PoA).

According to the document, governments agreed to take measures to improve national small arms laws, import and export controls, stockpile management, and to engage in regional and international cooperation and assistance.

Moreover, it provides a framework for cooperation in weapons tracing – fulfilling one of the commitments governments made in the Programme of Action.
Meetings and national reports on PoA and ITI are always combined.