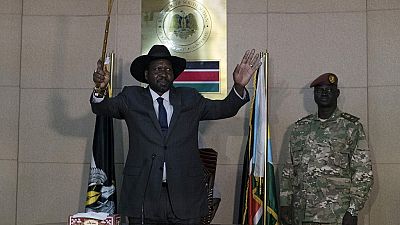 The United Nations Secretary-General, Ban Ki-moon on Tuesday announced the appointment of a retired Dutch Major General to lead a months’ independent probe into the July 2016 violence in Juba, South Sudan.

Patrick Cammaert, is also expected to review the response of the UN Mission in South Sudan (UNMISS) in the wake of the renewed violence that led to political tension and a lapse in humanitarian situation in Africa’s youngest nation.

According to a statement released by the UN Chief, ‘‘the investigation will review reports of incidents of attacks on civilians and cases of sexual violence that occurred within or in the vicinity of the UN House Protection of Civilians (POC) sites in Juba.’‘

With respect to the actions of the UN force, the investigator is expected to review UNMISS’s response to the crisis and whether they responded appropriately to prevent these incidents and protect civilians within its resources and capabilities at the time.

Cammaert’s team will undertake a field visit to Juba to interview the relevant interlocutors. A final report will be presented to the Secretary-General within one month, the findings of which will be made public.

A power sharing deal between South Sudan President Salva Kiir and his main rival Riek Machar to end over two years of civil war broke down, as renewed fighting erupted on July 8 at the Presidential Palace compound in Juba.

Machar left Juba after the clashes which claimed over 300 lives and led to fighters loyal to the former rebel leader fleeing the city. He is currently reported to be seeking medical assistance in Sudan after fleeing to the Democratic Republic of Congo.

The fighting has resulted in a humanitarian crisis with people abandoning the city for fear of a return to war.