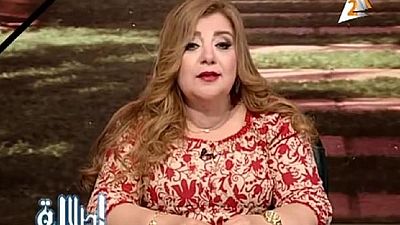 <p>Egyptian state television has received a backlash after taking a number of overweight presenters off air so they can lose weight while they work in production.</p> <p>The director of the television, Safaa Hegazy, told <span class="caps">AFP</span> on Thursday that six to eight presenters would be affected by the decision and will have the opportunity to “continue working in production during the period when they have to diet”. </p> <p>“The move is within the framework of developing the broadcaster, in form and content. They can then return to the screen,” she said.</p> <p>Human rights advocacy groups including the Women’s Centre for Guidance and Legal Awareness in Egypt described the decision as “shameful and unconstitutional”.</p> <p>One of the affected women, Khadija Khattab, said she felt slandered by the move. “Publishing this decision in the newspapers is tantamount to defamation against the presenters. We need to know who decides whether an anchor is fit to go on air, and by which standards,” she said.</p> <p>However, Safaa Hegazy, rejected the sexism accusations saying: “How can there be discrimination against women in an institution run by a woman?”</p> <p>“The anchorwomen are no longer how they were when they were hired,” she added.</p> <p>Watch the video below to see one of the affected presenters on air.</p> <style>.embed-container { position: relative; padding-bottom: 56.25%; height: 0; overflow: hidden; max-width: 100%; } .embed-container iframe, .embed-container object, .embed-container embed { position: absolute; top: 0; left: 0; width: 100%; height: 100%; }</style><div class='embed-container'><iframe src='https://www.youtube.com/embed//rXIuo2eJRpQ' frameborder='0' allowfullscreen></iframe></div>

The anchorwomen are no longer how they were when they were hired.