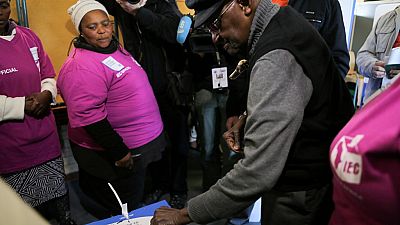 South African President Jacob Zuma cast his vote in his hometown of Nkandla in Wednesday’s municipal elections seen as a critical test of his leadership and his party’s popularity.

The ANC has dominated in the main cities since white-minority rule ended 22 years ago.

But the party could lose control of the capital and other key cities for the first time since the end of apartheid.

Jacob Zuma has survived a series of scandals including an impeachment vote for spending some $16 million of state funds to renovate his Nkandla home.

“It still is a dream to know that one can can vote in South Africa, as a black person. It’s fantastic and I hope everybody will want to use their vote in the right way”, he said after casting his vote.