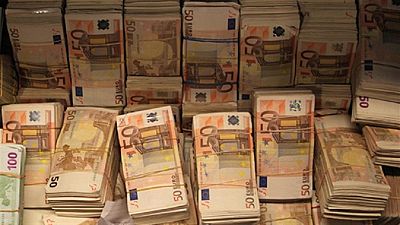 Thieves have allegedly stolen 60 million euros from the house of a former Equatorial Guinea minister.

AFP cited a source at the country’s state television who confirmed the amount of money stolen on Tuesday belonging to Jeronimo Osa Osa Ecoro, the former minister of information and secretary general of the ruling party.

Twenty million euros have been recovered and four of the thieves have been arrested, some in Cameroon, according to the unnamed source at the television station. The brain behind the group is still on the run.

They are Burkina Faso nationals and employees of the former minister, local TV RTVGE announced showing 100 and 200 euro notes without specifying the amount of money stolen.

They disappeared with the money in mid-July from Anisok in the mainland while the former government official was at his nightclub, reports RTVGE.

No indication was given of the source of funds that the former minister kept at home.