Libyan forces allied to the United Nations backed Government of National Accord battled Islamic State militants in the city of Sirte on Tuesday.

U.S. planes bombed Islamic State targets in Libya on Monday, responding to the U.N.-backed government’s request to help push the militants from their former stronghold Sirte.

The forces have however complained that assistance from the government in Tripoli and external powers was slow to materialise. At least 350 of their fighters have been killed and more than 1,500 wounded in the campaign.

Libyan fighter jets have frequently bombed Sirte, but they lack the weapons and technology to make precision strikes.

Islamic State took advantage of political chaos and a security vacuum to start expanding into Libya in 2014. It gained control over about 250 km of sparsely populated coastline either side of Sirte, though it has struggled to win support or retain territory elsewhere in the country.

The group seized the Mediterranean coastal city last year, making it its most important base outside Syria and Iraq.

Its militants are now besieged in a few square kilometres of the centre where they hold strategic sites including the Ouagadougou conference hall, the central hospital and the university.

Western powers have offered to support the GNA in its efforts to tackle Islamic State, stem the flow of migrants across the Mediterranean, and revive Libya’s oil production.

But foreign intervention is politically sensitive, and the GNA has hesitated to make formal requests for help.

The last acknowledged U.S. air strikes in Libya were on an Islamic State training camp in the western city of Sabratha in February.

Small teams of Western special forces have been on the ground in eastern and western Libya for months. Last month France said three of its soldiers had been killed south of the eastern city of Benghazi, where they had been conducting intelligence operations. 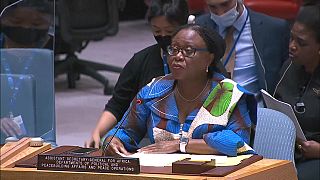