The Taliban has claimed responsibility for a truck bomb attack on a compound housing foreign contractors in the Afghan capital. The compound served as a military and logistics services base.

The blast, in the early hours of Monday, was so powerful it was heard across Kabul.

The Taliban which claimed responsibility for the attack, in a statement said its fighters had entered the compound. It also said compound was not near homes and that ordinary people were not harmed.

Local authorities said one policeman was killed and three others were wounded as they fought the assailants throughout the night, killing three Taliban fighters, including the truck driver.

Immediately after the attack, Afghan security forces closed off streets around the site which is east of Kabul’s main international airport and on the way to the sprawling Bagram air base north of the city.

“There was a loud blast and many people heard it. Then there were sounds of gunshots too. When I came here in the morning, I saw many security forces and they had blocked the two ends of the road so that nobody could enter,” a local resident said.

Not far from Kabul’s main international airport is the Northgate Hotel which is a heavily guarded compound for foreign military and civilian organizations. The heavy security is as a result of an attack on the hotel by militants three years ago.

There were also reports of power outages in Kabul after the blast, with electricity cut off in several areas of the city.

A spokeswoman for the NATO-led Resolute Support mission, said they were assessing the situation but gave no details.

The attack comes about a week after the Islamic State militant group claimed responsibility for a suicide attack on a demonstration by members of the mainly Shi’ite Hazara minority, killing at least 80 people. 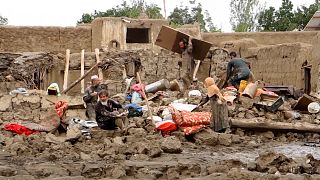 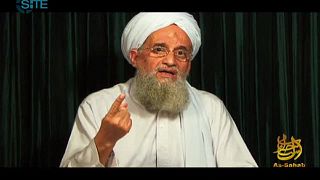