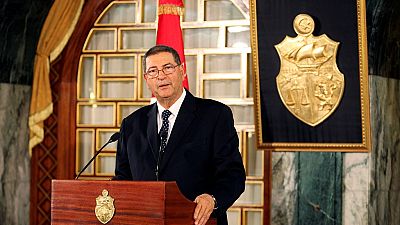 A vote of no confidence on Saturday night brought the government of Prime Minister Habib Essid to an end after months of criticism of inefficiency and immense pressure to resign.

191 members of parliament were present during the vote out of the 217. 118 parliamentarians voted against the stay of the government while 27 abstained, AFP reports.

The 67-year-old prime minister formally requested for the vote last week as a result of a deadlock over his resignation which has been heightening since June 2.

President Beji Caid Essebsi had proposed the formation of a cabinet of national unity in response to criticism against the 6-month old government which has been accused of inefficiency.

In a television interview last week, the head of government for the first time in public confirmed there were pressures mounting for his resignation without mentioning the source of the pressures. He criticized the president’s timing of the announcement of his initiative.

“I will not resign. I’m not a soldier who flees the battlefield, that is called a deserter,” Essid said on the private TV channel Attessia.

He explained that his decision to put his fate in parliament is for “the issue to be resolved as soon as possible and in compliance with the Constitution”.

Party officials had already said they would not renew their confidence in the government.

Per the Constitution, the government is considered dissolved and the president has ten days to select the most capable person to form a new cabinet.