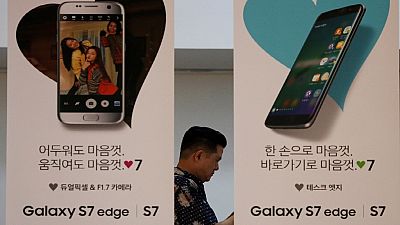 <p>Thanks to strong sales of the Galaxy S7 and S7 Edge, Samsung Electronics have reported its best quarterly results in more than two years. </p> <p>The impressive result for the entire company rested on smartphone sales as operating profit at its mobile division soared 27% year-on-year to 4.3tn Korean won (about $3.8bn). </p> <p>Overall, second-quarter operating profit soared by 18% to 8.1tn Korean won ($7.17bn; £5.46bn), in line with the company’s guidance issued in July. </p> <p>Samsung also projects that the demand for its smartphones and tablets would increase in the second half of 2016. They are however aware of competitive forces in the ever growing mobile market, as other companies release new mobile devices. </p> <p>The company is however confident that the release of a new large-screen flagship smartphone in the third quarter will help maintain the track record of its smartphone sales. </p> <p>Earlier this week, Apple, Samsung’s fierce rival reported 15% drop in sales of the iPhone between April – June this year. Sales of the product are still expected to fall again in the current quarter. </p> <p>In other areas of their production, Samsung is looking at a decline in TV demand for the second half of 2016, citing “weakened demand in Europe and a prolonged economic slowdown in emerging markets”. </p> <p>The South Korean corporate giant also produces consumer electronics such as refrigerators, washing machines and air conditioning units. They have recorded profits in these other areas.</p>